The Steering Committee of the Association of Asian/North American Theological Educators (AANATE), denounces the murders of George Floyd, Breonna Taylor, Tony McDade, Nina Pop, Ahmaud Arbery, Sean Reed, David McAtee, James Scurlock, and too many others. These murders are not only tragedies; these are atrocities.

AANATE is an organization that seeks to develop and promote Asian/North American scholarship and leadership in theological education. We can only fulfill our mission through coalition-building across communities dedicated to dismantling systemic injustice. Therefore, we condemn the insidious white supremacy woven into the fabric of the United States of America. We condemn the anti-Blackness established and perpetuated through systems and structures in both national and local governments, houses of worship, and institutions of theological education. We condemn the way white supremacy and anti-Blackness work its way into academe, through tokenism, bias, dehumanizing disregard, inequitable labor, and the erasure of Blackness that occurs across scholarship and in classrooms. We condemn the rampant police brutality in the United States that continues to extinguish the lives of Black mothers, fathers, sons, and daughters, and denies Black people everywhere their fundamental freedoms.

As an association of Asian and Asian North American, Pacific Islander, and Desi American (APIDA) theological educators, we pledge solidarity with our Black colleagues and their communities. We commit to amplifying their concerns, scholarship, and movements. We commit to the crucial work of anti-racist scholarship, teaching, learning, and organizing for the flourishing Black lives. White-dominant, white-normative paradigms in the wider culture and in academic discourse, aim to conflate and diffuse the concerns of particular racial/ethnic minoritized people, leading to harmful triangulation and competition. We recognize and resist such divisive forces and commit to tuning ourselves to the particularities of Black struggle and Black pain at this moment.

We understand that our collective commitments to embodied justice require that we also exorcise anti-Blackness from within our broader Asian and APIDA community. For this reason, we ask Asian and APIDA theological educators to resist silent complicity and to speak up loudly and clearly against anti-Blackness in all forms. Let us resist the inherently racist straightjacket imposed upon Asian and APIDA individuals and communities, which reinforces big lies--lies that say our voices are muted or one-noted, our resistance movements non-existent, and our critical agency suspect.

We remember and understand our varied and painful histories and our current realities on this stolen soil. The struggle of Asian and APIDA people against empire dovetails with the history and struggles of Black communities in the fight against death-dealing white supremacy. Hear us when we say, Black lives matter. Black lives must matter, here and everywhere, if we are to abolish oppression and become rooted together in spaces of freedom.

We invite our partners to join us in this faithful work. 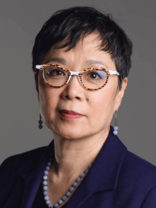 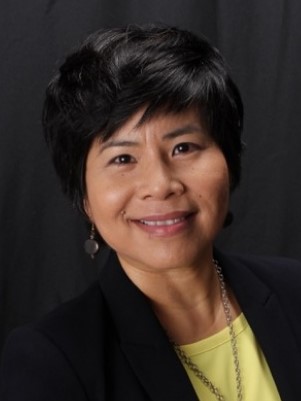