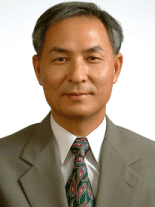 Kukwhan Ahn is currently an Adjunct Professor focused on overseas missions. Previous to this, Dr. Ahn was the Director of Korean Bible Bible & Theology at Southern California Seminary (SCS). Dr. Ahn has been with SCS for over 20 years, but prior to moving in San Diego in 1996, he was in Chicago doing pastoral ministry.

Kukwhan was born and raised in South Korea and immigrated to the United States in 1981. He earned his M.Div. from Trinity Evangelical Divinity School in 1995, attended the advanced Study Program at Moody Bible Institute in 1987, and also received his BA in Cultural Anthropology from Young-Nam University in 1977.

Kukwhan has published several articles in Korean magazines, Korean newspapers, and Southern Baptist Pastors magazine. Additionally, he has conducted several seminars as the keynote speaker. His future goals include teaching continually at SCS and conducting evangelism lectures for the Korean missionaries who are scattered across the country.

Contact Information
Email
Kukwhan.Ahn@socalsem.edu
Phone
619-201-8982
Website
https://www.socalsem.edu/dr-kukwhan-ahn-d-miss/
Curriculum Vitae
Link
PDF
PDF Download
not available
Related Updates
No items found.
Thank you for adding a profile!
We'll email you once it's been successfully added to the database.
Oops! Please make sure all required (*) fields are filled out.