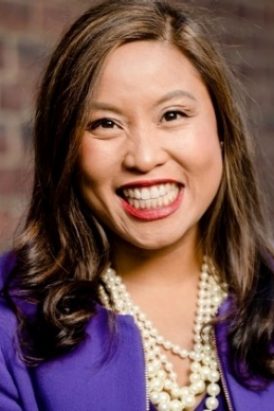 She researches migration, religion, politics, race, and ethnicity in the United States and the Pacific World, with special attention to how Asian American religious beliefs and practices have developed in the context of pluralism, migration, and the modern American state. Her book, Follow the New Way: Hmong Refugee Resettlement and Practice of American Religious Pluralism (under contract, Harvard University Press) draws on oral history and archival research to investigate the religious dimensions of American refugee care—how governments have expanded capacity through partnerships with religious organizations and how refugee policies have shaped the religious lives of refugees. Animating her work is a deep fascination with how new religious diversity has complicated old practices of governance and, in turn, how Americans have attempted to govern new religious diversity.

Her research appears in Shaped by the State: Toward a New Political History of the Twentieth Century, The Oxford Handbook of Religion and Race in American History, The Oral History Review, The Review of Faith and International Affairs, Harvard Divinity Bulletin, The American Historian, Wiley Blackwell’s Companion to American Religious History, and The Routledge Handbook of Religion, Medicine, and Health.

An active public scholar, Dr. Borja is a senior advisor to Princeton University’s Religion and Forced Migration Initiative, a three-year national program that aims to improve understanding of the role that religion plays in the lives of refugees as they resettle in the United States. She is an affiliated researcher with the Stop AAPI Hate Reporting Center, a partnership that unites scholars and community organizations to document, analyze, and prevent hate incidents targeting Asian Americans and Pacific Islanders. She is part of a national research team that received support from the Louisville Institute to study Filipino American theology and religious life during the Covid-19 pandemic. Finally, she contributes regularly to the religious history blog, Anxious Bench, and her lecture on Southeast Asian refugees was recently featured on C-SPAN’s “Lectures in American History.”

Dr. Borja was named a 2020-20201 Faculty Fellow at the Charles Warren Center for Studies in American History at Harvard University and a 2018-2019 Young Scholar in American Religion. She has been awarded the ACLS/Mellon Fellowship and Charlotte Newcombe Fellowship, and her research has been supported by the Institute for Religion, Culture, and Public Life; the Immigration History Research Center; and the Center for the Study of World Religions. She is a National Research Fellow with the Center for the Study of Religion and American Culture, and she currently serves on the steering committees for the Asian North American Religion, Culture, and Society unit and the North American Religions unit in the American Academy of Religion.

Contact Information
Email
mborja@umich.edu
Phone
Website
Curriculum Vitae
Link
PDF
PDF Download
not available
Related Updates
No items found.
Thank you for adding a profile!
We'll email you once it's been successfully added to the database.
Oops! Please make sure all required (*) fields are filled out.