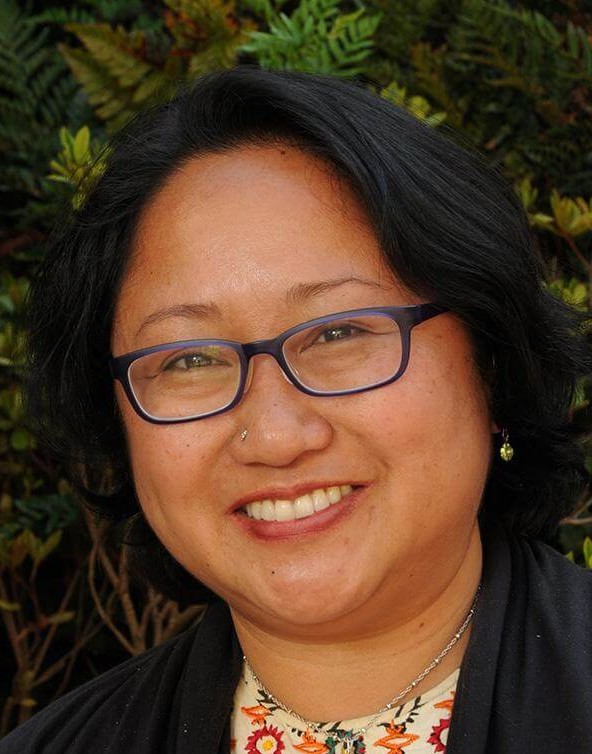 Rachel Bundang was born in the Philippines and grew up all over the southeastern US. She attended Princeton University as an undergraduate, earning an AB in Romance Languages and Literatures, plus certificates in both African-American Studies and European Cultural Studies.

After several years working as an educator and counselor in urban Florida and rural upstate New York, she turned to theology and religious studies to explore the connections between religion, immigration, identity, and ethics. She completed her MDiv at Harvard Divinity School and her PhD in Constructive Theologies, Praxis, and Ethics at Union Theological Seminary.

Her college teaching career began here at Santa Clara as a Bannon Postdoctoral Fellow. After other education stints elsewhere, she has since returned to teach in Religious Studies and the Graduate Program for Pastoral Ministries. Trained in cultural criticism and Christian ethics, her scholarly interests include feminist ethics and theologies, Catholic social teaching, and issues of race and religion, with a focus on Asian Pacific American religiosity. Her current projects are “Doing Ethics from the Edge of Empire” (on feminist praxis against US militarism) and “Title IX Girls in Catholic World” (on girls’ feminist formations in Church life vs popular culture). She is also a working musician, liturgist, and consultant.

Contact Information
Email
Phone
Website
https://www.scu.edu/cas/religious-studies/faculty--staff/rachel-bundang/
Curriculum Vitae
Link
PDF
PDF Download
not available
Related Updates
No items found.
Thank you for adding a profile!
We'll email you once it's been successfully added to the database.
Oops! Please make sure all required (*) fields are filled out.