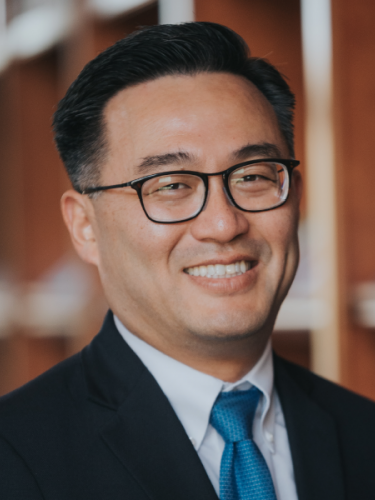 Rev. Kim has taught New Testament at Westminster Seminary California since 2005 and in May 2017 was appointed as the fourth president of WSC. He previously taught at Calvin Theological Seminary and International Theological Seminary in Los Angeles, and has been active in teaching globally.

Rev. Kim is an ordained minister in the Presbyterian Church in America and has served as a pastor in several churches in Michigan and Southern California since his graduation from WSC in 1997. As the son of a Christian Reformed Church minister, he was catechized with the Three Forms of Unity from childhood. Born in South Korea, his family moved to Southern California when he was nine years of age, where he would learn English and retain his fluency in speaking the Korean language. He has served the global church through agencies like Southeast Asia Partnership, and has been active in local churches and presbyteries.

Among his publications, he co-edited Always Reformed: Essays in Honor of W. Robert Godfrey (2010) and wrote Romans: Nothing but Grace (2017). His Ph.D. studies in Historical Theology were with the noted scholar Professor Richard A. Muller at Calvin Theological Seminary.

Rev. Kim and his wife, Sharon, have a daughter and a son and reside in Escondido, where his family attends New Life Presbyterian Church.

Contact Information
Email
jekim@wscal.edu
Phone
Website
https://www.wscal.edu/academics/faculty/joel-e-kim
Curriculum Vitae
Link
PDF
PDF Download
not available
Related Updates
No items found.
Thank you for adding a profile!
We'll email you once it's been successfully added to the database.
Oops! Please make sure all required (*) fields are filled out.