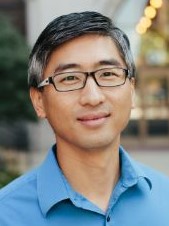 Pianist Brian Lee performs actively as soloist, collaborative artist, and church musician. He was on the faculty at Northwestern College in Orange City, Iowa, before joining the faculty at Moody. He has given numerous solo programs over the past decade in the Chicago area, including a solo recital at the Dame Myra Hess Concert Series that was broadcast and streamed live on 98.7 WFMT. He has also been featured as soloist with several orchestras in the Midwest, and has given premieres of works by American composers, including Gunther Schuller, Ellen Taaffe Zwilich, and Alex Freeman. His recording of Freemen’s Piano Sonata No. 1, which was recorded at the Sibelius Academy in Finland, was recently released on Albany Records. As a chamber musician, Dr. Lee is a regular collaborator with well-known artists such as violinist David Taylor, flutist Lyon Leifer, and pianist William Phemister (Chicago Piano Duo). He has been invited as a guest adjudicator and masterclass teacher at many competitions and festivals. He has also played in many churches, both in concert settings as well as on worship teams.

Contact Information
Email
Phone
Website
https://www.moody.edu/academics/faculty/lee-brian/
Curriculum Vitae
Link
PDF
PDF Download
not available
Related Updates
No items found.
Thank you for adding a profile!
We'll email you once it's been successfully added to the database.
Oops! Please make sure all required (*) fields are filled out.