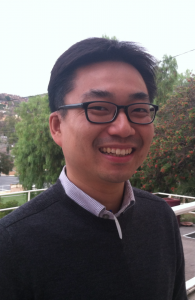 Samuel Lee is currently Director of Korean Behavioral Sciences for the LA Campus and professor. Lee grew up in Los Angeles, and understands the urban issues and struggles that affects individual, family, and spiritual life. He started his profession as a high school teacher and youth pastor. However, God used him in a unique way. For last ten years, he served in various sectors in the community: nonprofit/community-based organizations, community development, community education, social services, developmental disability, and mental health.

In 2008-2012, he served as a President & CEO of YNOT Foundation, a community development and social services organization that serves the community of Lincoln Heights in Los Angeles. During his time at the organization, two adult residential facilities were in operation for people with developmental disabilities, and  Mercy Counseling Services program was developed to serve teens to young adults to cope with their mental health issues. In 2012-2014, he founded and was appointed as a President & CEO of the Angeles Dream Foundation in Los Angeles, which serves people with developmental and intellectual disabilities. Between 2002-2004 & 2006-2014, he served at Young Nak Presbyterian Church in Los Angeles, CA, as an Associate Pastor. He also taught at several universities and seminaries, serving as an adjunct professor at Azusa Pacific University (Azusa, CA), Presbyterian Theological Seminary in America (Santa Ana, CA), and various other schools. He is currently appointed as the Director of Behavioral Science (Korean Program) at Southern California Seminary.

Contact Information
Email
Samuel.Lee@socalsem.edu
Phone
Website
https://www.socalsem.edu/samuel-lee-ph-d-abd/
Curriculum Vitae
Link
PDF
PDF Download
not available
Related Updates
No items found.
Thank you for adding a profile!
We'll email you once it's been successfully added to the database.
Oops! Please make sure all required (*) fields are filled out.