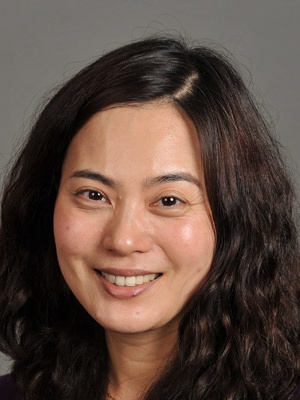 Dr. K. Christine Pae joined the faculty at the Department of Religion in Fall 2008. Since then, she has taught religious ethics, Christian social ethics, and transnational feminist ethics for both the Department of Religion and the Women’s Studies Program. As a Christian feminist ethicist, Christine’s academic interests include feminist peacemaking and interfaith spiritual activism, transnationalized militarism with focus on intersection between gender and race, transnational feminist ethics, and Asian/Asian-American perspectives on post-colonial racial relations. Currently Christine is working on her manuscript, Sex and War: A Christian Feminist Ethic of War and Peace. She has published and presented several essays concerning war, women, Asian American Christianity, and religious ethics. As a co-convener, she serves the Asian American Ethics Working Group at the Society of Christian Ethics (2011-2013).

Contact Information
Email
paec@denison.edu
Phone
740-587-5619
Website
https://denison.edu/people/christine-pae
Curriculum Vitae
Link
PDF
PDF Download
not available
Related Updates
No items found.
Thank you for adding a profile!
We'll email you once it's been successfully added to the database.
Oops! Please make sure all required (*) fields are filled out.