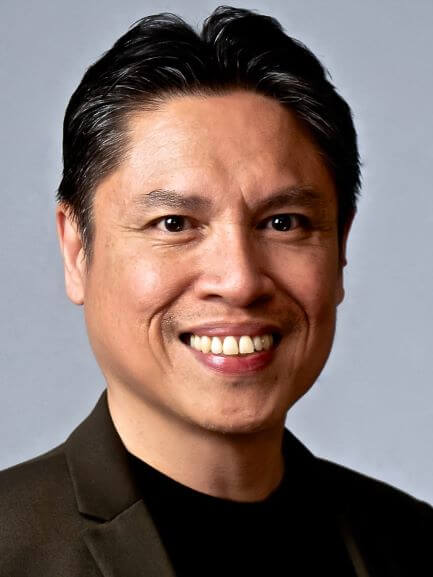 His latest book is The Art of Indigenous Inculturation:Grace on the Edge of Genius (Orbis Books, Spring 2021), a cutting-edgeexploration of the phenomenon of religious inculturation through the“aesthetics of liberation,” with case studies from Asian, African, and LatinAmerican postcolonial contexts. He is also the author of the books The SacredFoodways of Film (Pickwick, 2016), World Cinema, Theology and the Human(Routledge, 2012), Screening Schillebeeckx: Theology and Third Cinema inDialogue (Palgrave Macmillan, 2006); and a contributing author to a number ofbooks and journals, including Situations: Cultural Studies in the AsianContext, peer-reviewed journal of Yonsei University, Seoul, Korea; and TheBible in Motion: A Handbook of the Bible and its Reception by Verlag Walter deGruyter, Berlin, Germany.

He has given lectures and presentations in Mexico, Kenya,Vietnam, Singapore, Malaysia, the Philippines, Austria, the United Kingdom, theNetherlands, and a number of venues within the United States. He was thefeatured keynote lecturer for the 2018 Association for Southeast Asian Cinemas(ASEAC) biennial conference in Yogyakarta, Indonesia; and for Paradojas de loliminal: Cine y teología, 2018 Film and Theology Colloquium of UniversidadIberoamericana, Mexico City.

A contributing columnist for arts and culture for NationalCatholic Reporter, Sison’s reviews of global cinema have earned recognitionfrom the Catholic Press Awards of the United States and Canada.

Antonio or “Brother Ton” is a professed Brother of theSociety of the Precious Blood (CPPS).

Contact Information
Email
asison@ctu.edu
Phone
Website
https://ctu.edu/faculty/antonio-sison/
Curriculum Vitae
Link
PDF
PDF Download
not available
Related Updates
No items found.
Thank you for adding a profile!
We'll email you once it's been successfully added to the database.
Oops! Please make sure all required (*) fields are filled out.