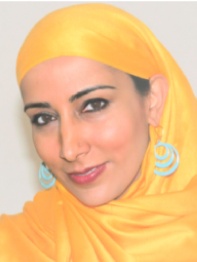 Professor Najeeba Syeed is a recognized leader in peacebuilding and twice received the Jon Anson Ford Award for reducing violence and was named Southern California Mediation Association’s “Peacemaker of the Year” in 2007. Her scholarship has reflected on the role of Muslim peacebuilding, interfaith just peacemaking and diplomacy, and Islamic spiritual formation for peacemaking.

Syeed has chaired national conferences on Muslim and Interfaith Peacebuilding, served as a mediator, developed restorative justice programs for youth, and has launched mediation programs at varied organizations. She has served as a leader in the Los Angeles Muslim community in various capacities and works closely with different mosques on education for Muslim models of conflict resolution. Syeed is a highly sought advisor for government initiatives at all levels and on several international conflicts, she serves as a member of the Board of Advisors for the Journal of Interreligious Studies, and she is past co-chair of the Religion and Politics Section of the American Academy of Religion.

In addition to teaching, Syeed will work closely with the InterReligious Institute at CTS on interfaith initiatives, advise Master’s and doctoral students, and contribute to the developing partnership between CTS and Bayan Chicago Islamic Graduate School. CTS President Stephen Ray stated, “We are thrilled to have a scholar of Najeeba Syeed’s caliber join in our work at CTS and serve as an ambassador for the seminary in our efforts to grow our relationship with local, national, and global Muslim communities as we work towards endowing a chair in Muslim Studies.”  Vice President of Academic Affairs & Academic Dean Stephanie Buckhanon Crowder noted, “The addition of Professor Syeed to our faculty will provide even more depth and expertise to our curricular work in Muslim Studies and complement the already rich diversity of interreligious courses led by current faculty.”

Syeed offers, “I am delighted to be joining a seminary that is on the cutting edge of inter religious education and deeply grounded in the faith communities of Chicago. I look forward to building local, national and international partnership to further the goal of interreligious problem-solving mechanisms and scholarship to address the most dire issues and conflicts of our time.”

Syeed received a Juris Doctorate degree from Indiana University School of Law, where she was a recipient of both the Oexman and School of Law Fellowships and was selected for the 5th Annual International Institute of Mediation and Conflict Resolution Symposium. She earned a bachelor’s degree in Psychology, with a concentration in Women’s Studies from Guilford College and completed Summer Intensive Arabic Institutes from the University of Chicago. Among her awards are the 2017 Walter Wink Award for a scholar-activist from Auburn Seminary for her “distinguished record at the intersection of interfaith education and activism around peacemaking and social justice”; the Fisher Faculty Teaching Award at Claremont School of Theology (2014-15); the Wabash Center Pre-Tenure Faculty Workshop (2014); and Guilford College’s Young Alumni Achievement Award (2012).

In addition to her tenure at Claremont School of Theology, Syeed has taught at the Duke University Center for Reconciliation, Bayan Claremont, Georgia State University, American Academy of Religion Luce Summer Seminar in Religious Pluralism and Comparative Theology Fellows, and has made numerous presentations and speaking engagements at other educational institutions and academic entities such as the American Academy of Religion (AAR). She has published a wide array of scholarly articles, blogs, and other writings for diverse publications—from academic religious journals to popular media outlets such as The Huffington Post. Most recently, she authored a chapter in the upcoming book, Asian and Asian American Women in Theology and Religion. Her co-edited book Critical Perspectives on Interreligious Education: Experiments in Empathy will be available in 2020. Syeed regularly appears on various media entities to speak on topics such as religion and politics, interfaith peace building, and social justice activism.

Contact Information
Email
najeeba.syeed@ctschicago.edu
Phone
Website
https://www.ctschicago.edu/people/najeeba-syeed/
Curriculum Vitae
Link
PDF
PDF Download
not available
Related Updates
No items found.
Thank you for adding a profile!
We'll email you once it's been successfully added to the database.
Oops! Please make sure all required (*) fields are filled out.