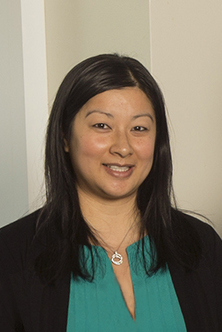 Lily Vuong is Associate Professor of Philosophy and Religious Studies at Central Washington University. She completed her undergraduate studies at the University of Toronto (H.B.A.) and graduate studies at Wilfrid Laurier University (M.A.) and McMaster University (Ph.D.). Before joining the faculty at CWU, she was Associate Professor of Religious Studies at Valdosta State University until 2015. She has also spent time as a Visiting Scholar at Claremont Graduate University’s School of Religion, Institute for Antiquity and Christianity and the Women’s Studies in Religion Program, and served as a Visiting Assistant Professor at UCLA's Center for the Study of Religion.

Her area of study is in Early Christianity with a special interest in New Testament Apocryphal and Pseudepigraphal writings. Gender studies have also played an important role in her research, especially in terms of its construction and interpretation in early Christian literature. Other topics of interest include the relationships between Judaism, Christianity, and Greco-Roman culture, the formation of Jewish and Christian identities in Late Antiquity, and the representation of women in the ancient world. She is the author of Gender and Purity in the Protevangelium of James (Mohr Siebeck, 2013), and editor of Religious Competition in the Third Century CE: Jews, Christians, and the Greco-Roman World (Vandenhoeck &Ruprecht Press, 2014) and Religious Competition in the Greco-Roman World (SBL Press, 2016). She has also published articles and presented papers nationally and internationally on these topics. She is presently working on a new translation and commentary book on the Protevangelium of James for Polebridge Press (forthcoming), and a new study on the reception history of the Protevangelium of James and Syriac Christianity.

Contact Information
Email
lily.vuong@cwu.edu
Phone
Website
https://www.cwu.edu/philosophy/lily-vuong
Curriculum Vitae
Link
PDF
PDF Download
not available
Related Updates
No items found.
Thank you for adding a profile!
We'll email you once it's been successfully added to the database.
Oops! Please make sure all required (*) fields are filled out.