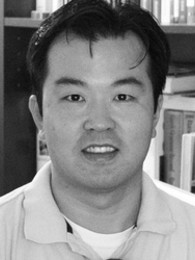 S. Edward Yang is a Ph.D. candidate in theology and culture at Fuller Theological Seminary. Edward was born in South Korea and has lived primarily in Los Angeles since age 6. After serving nearly a decade as a youth pastor, he is currently the associate director for ISAAC (Institute for the Study of Asian American Christianity), Southern California region. He holds a ThM in Christianity and the arts from Regent College, a MA in theology from Talbot Theological Seminary and a BS in biochemistry from UCLA.

Edward and his wife, Sunnie, are celebrating their ten-year anniversary in 2011. They live in Pasadena with their three energetic boys: Ethan, Eliot and Hunter.

Contact Information
Email
Phone
Website
https://www.cardus.ca/comment/browse/contributor/eyang/
Curriculum Vitae
Link
PDF
PDF Download
not available
Related Updates
No items found.
Thank you for adding a profile!
We'll email you once it's been successfully added to the database.
Oops! Please make sure all required (*) fields are filled out.